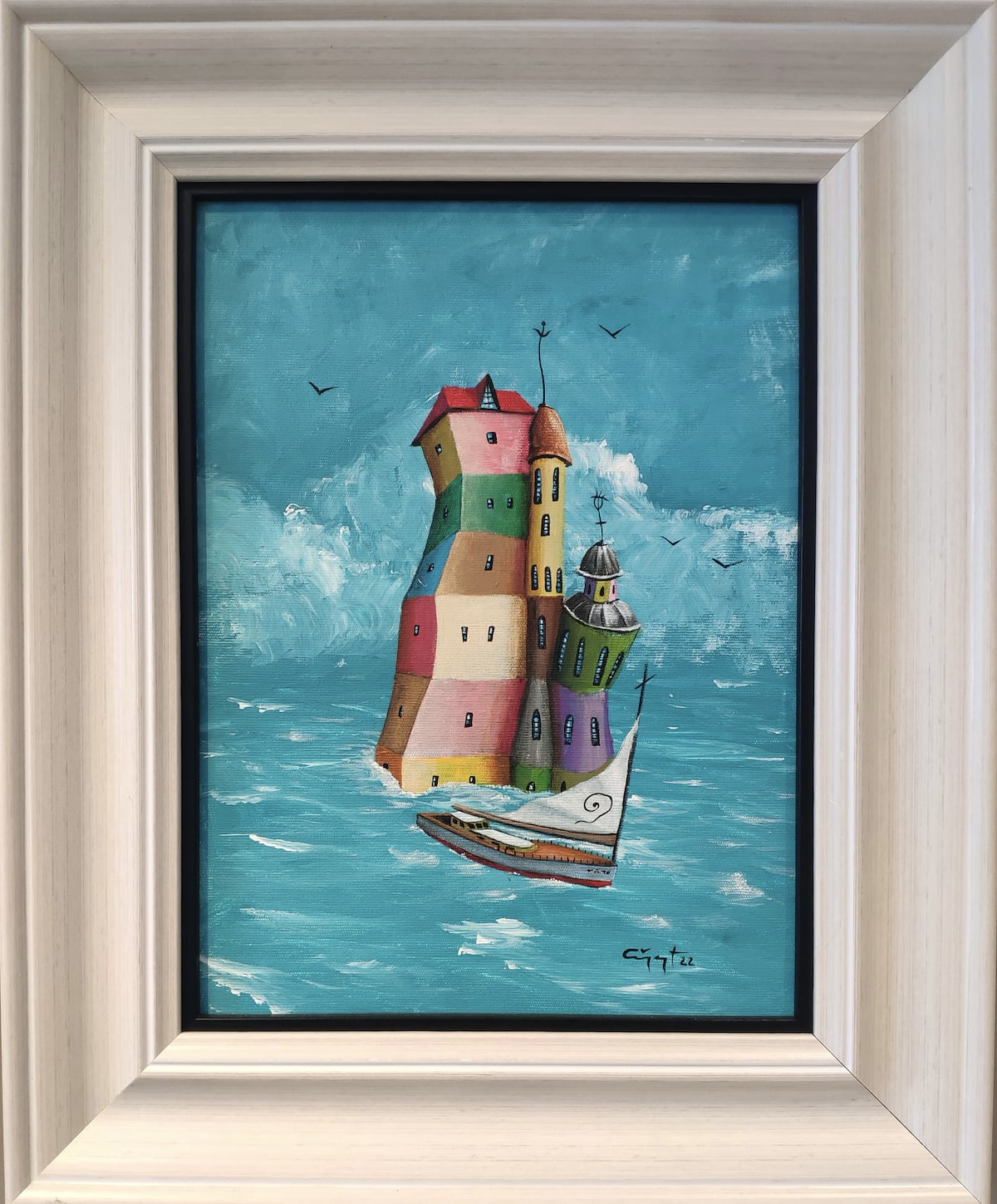 Cuneyt Suer was born in Istanbul in 1967. He started studying architecture at Mimar Sinan University in 1984. He then went on to leave that department in 1987 to enrol in the Graphic Design Department in the Faculty of Fine Arts at the same university in 1987.

He drew many vignettes and illustrations for the Milliyet Newspapers. He worked as the art director for “Eroskop” -a comic magazine run by Nuri Kurtcebe- in which his single-page comic strips were also published.

While working with a magazine group, he undertook the role of technical coordinator for 34 periodical magazines, including “Akis” news magazine. In 2015, he finished his active corporate career and returned to something he had only pursued as a hobby since his school days – creating art.