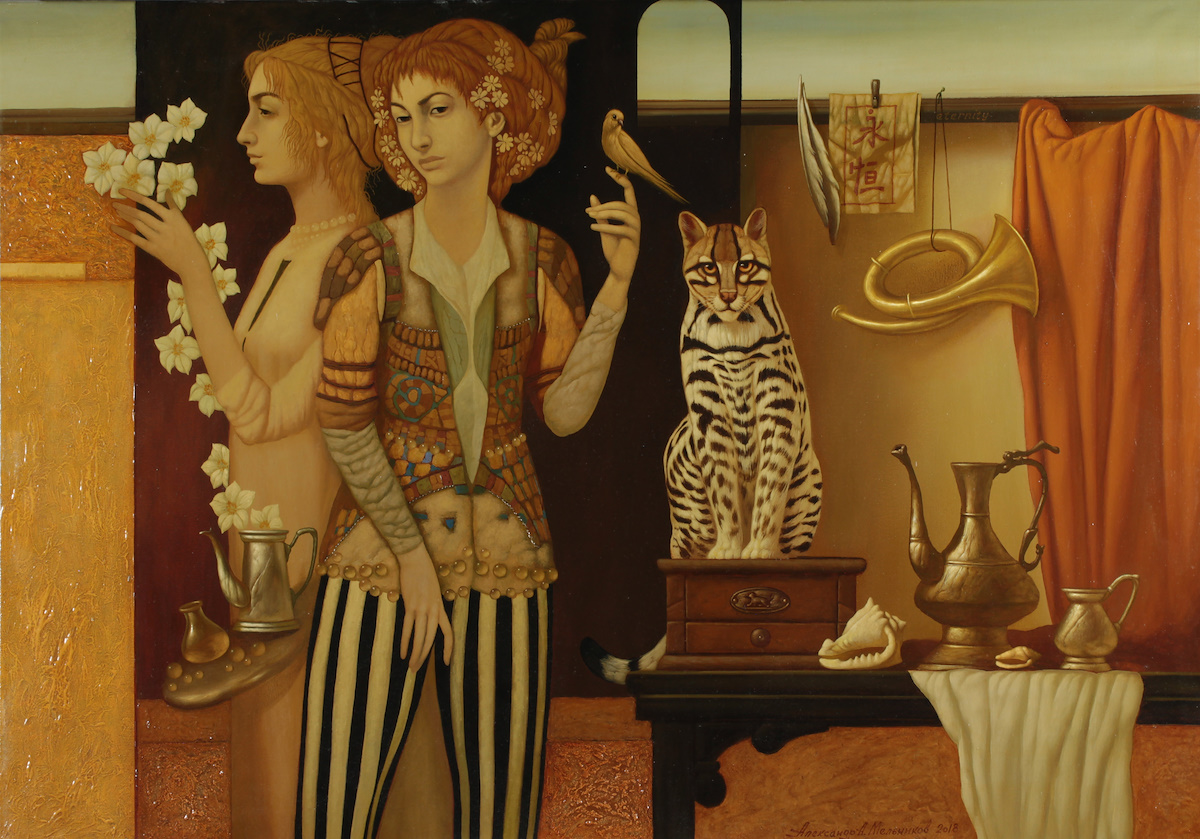 Aleksandr Melnykov was born in Moscow Serpuhov in 1957. He graduated from Odessa M.B. Grekov State Academy of Art in 1984. He continued his works in Stalin National Academy of Architecture and Art Workshop in 1990. The artist having exhibitions in Switzerland, Denmark, France, Japan, Monaco other than his country is a member of Ukraine National Union of Painters. The exhibition in 11000m2 area that was held by Ukraine Airlines has been in Guinness records in 2012 and Melynkov’s two works have been registered by Guinness in this exhibition. All works of the artist which are in Benezit Art Encyclopedia, world’s most prestigious art encyclopedia are exhibited in Bilkent Art Street’s Private Hall since 2013.