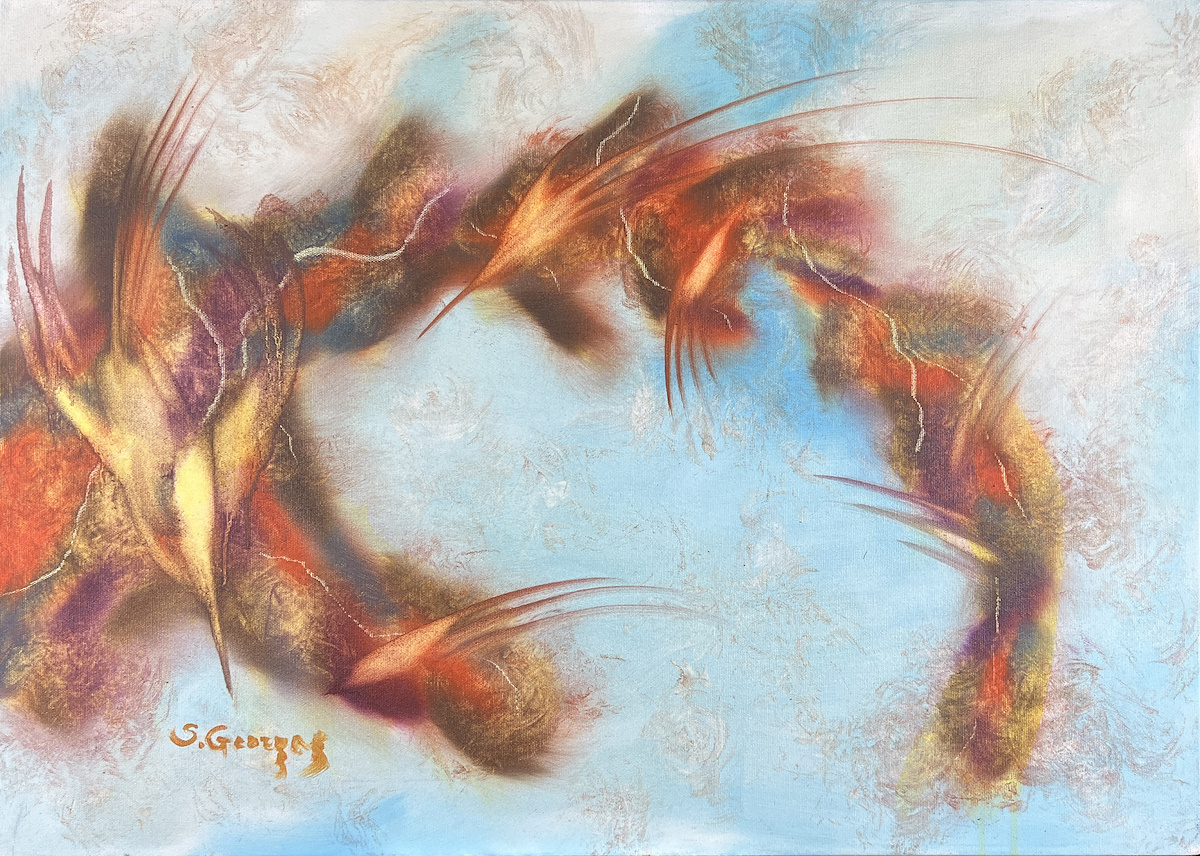 Spyros Georgas was born in Athens in 1958.
He attended art studies at the Academy of Fine
Arts in Florence and Bologna while he had already
been taught drawing lessons by G. Kouzounis.
In his professional process he occupied himself
with illustration of children"s books and creation of
posters for theatrical plays, Music Festivals in the
U.S.A and advertising campaigns.
His travel to Asia (Odessa, Trabzon, Erzurum,
Caspian Sea), in 1995-96, was determinative to
his artistic inspiration and creations.
Since 1996 he has been teaching color and
drawing lessons to prepare candidate students
for Athens School of Fine Arts.
He wrote a book-study named „"Color-Natu-
re-Art"" and three more books about the life and
work of the artists, K. Parthenis, G. Tsarouchis
and G. Bouzianis (Finatec publishing, 1998-2001).
In 2005 he contributed to the creation of the Gal-
lery of Art ."Technientos""-Print-Paint that hosted
important Greek artists to periodical exhibitions.
Since 2011 he has been writing articles about art
subjects to the E-magazine„'"NTOUeNTE"*,
His long- term occupation with theatre scenog-
raphy has also been expanding into acting since
2014, by participating to theatrical plays and cine-
ma movies.
In several plays he combines both capacities (ac-
tor-painter) as he paints on stage in presence of
an audience.
Since the decade of 2000, he has been forming
his morphoplastic searches which they abandon
the clearly two-dimensional space of painting.
His research directs into the use of solid materials
with constructions of marble, wood, metal, glass,
chemical materials and also combinations of mul-
timedia while sealing his artistic course with his
intervention-interference to new multidimensional
spaces.
He has presented his work to solo exhibitions in
Greece and he has participated in lots of group
exhibitions in Greece and abroad,
His works can be found in Art Galleries in various
Municipalities and Public and Private Collections
in Greece, Europe, the U.S.A and China,
He lives and works in Athens.